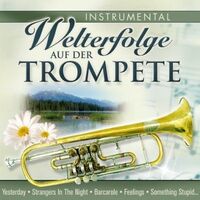 Add Some Traditional German Music To Your Repertoire

German music is very unique and has always been a frontrunner for many centuries, being home to many famous composers such as Beethoven, Pachabel and Brahms to modern composers such as Hans Zimmer. When you listen to authentic German music there is usually a rich story involved in the production, being developed from many generations of tradition, experimentation and rebellion through counter culture. The Clock Shop offers an extensive range of German folk music and popular music available in store and online for those seeking to add some new and exciting German tunes into their lives.

“Volksmusik” and it’s more modern derivative “Volkstümliche Musik” music are two genres of traditional German folk music which are common from the alpine regions of Germany. Often, this traditional German music calls on cultures and traditions of the Alpine people like farmers and peasants in its production.

The History of Volksmusik

The oldest records of German folk music dates back to the 16th century and is characterized by major key melodies and simple harmonies with a certain degree of improvisation and variation. Common instruments used for Volksmusik range from horns (alpenhorns), hammer dulcimers (hackbretts), acoustic guitars, harmonicas and violas. Like many other classic folk musics around the world, the music is often harmonized with vocals such as singing and yodeling.

Progression of Volksmusik into Volkstümliche Musik

Translating to traditional/folk/popular music, Volkstümliche Musik is a modern deviation to the more traditional Volksmusik which first came to be in the 1960s as a counterweight against the Rock/Pop movements. The genre is closely related to German Schlager, a catchy, popular European genre of music. Volkstümliche Musik borrows many concepts from German folk music and adds a modern twist such as getting famous singers to vocalize certain arrangements.

Perhaps more commonly known and better received is the German Schlager genre of music which is catchy which often has more sentimental lyrical arrangements. Think of this genre as beautiful love songs sung in ballards with pop-esk backing music, very much happy-go-lucky and simple in its composition.

Immerse yourself in the unique German culture and browse the best range of traditional inspired collectables and gifts that range from traditional cow bells, figurines, German hats, suspenders and bracers, cuckoo clock magnets, traditional music, porcelain miniatures, toys & whistles, jewellery, carved statues, Oktoberfest themed items, and much, much more, all available in Australia in store and online at the Clock Shop.

Why Buy German Music from the Clock Shop?

If you’re looking for a trusted and authorized seller of authentic German Music then you’ve come to the right place. Our small family run business has been standing in the same location since 1993, providing Australia with an option for consistent quality timepieces, European handicrafts and of course, an exceptional range of timeless German music. We pride ourselves on our exceptional customer service, striving to create both memorable and unique experiences for customers both in store and online. We import the majority of our music from a number of regions in Germany including the Black Forest, with a handful of products also being sourced from a number of European countries as well as from the UK.

Please don’t hesitate to phone us for more information on any of our products or to discuss specific details in person. Our friendly staff will be happy to assist you with your selection and provide you with all the information you need to choose the correct product for you.

Shopping online with the Clock Shop guarantees a purchase that is easy, fast and secure. No matter where you live in Australia, whether it be Sydney, Melbourne, Perth, Adelaide, Brisbane or even more rural parts of Australia, buy with confidence knowing that your order will be carefully packed and dispatched in a timely manner - Your happiness is our guarantee!