Make 4 interest-free payments of $2,975.00 fortnightly and receive your order now.

The generations of The Eyring Wood Carving Company (Holzschnitzerei Eyring) 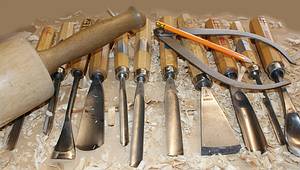 Love of wood carving is in the blood. Holzschnitzerei Eyring can look back on a long tradition of 4 generations of wood carving. Erhard Eyring started in an old farmhouse with the wood carving. Soon his son Isidor Eyring joined the company. In a dwelling-house with a small workshop, he mainly sold small figures, peasant representations such as Nickmännchen, carved needle pillows and, above all, honey carts, beer carts or manure wagons. The main customers were mainly the Americans, who had a great deal of pleasure in these handicraft products. The family tradition was continued, so Gerold Eyring, son of Isidor, took over the operation.

In 1965, Gerold Eyring and his wife Frieda began the construction of the present house in which at that time a small workshop was integrated. Soon these rooms were too small and so were expanded and constantly enlarged. 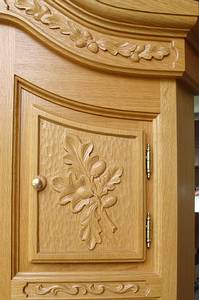 During this time the range of wood carvings such as Nachwachter, Madonnas, Nativity figures, Rhön masks and much more also grew. In 1989 another new stand was added: the production of grandfather clocks with carved ornaments.

Gerold Eyring trained numerous apprentices in his workshop, including his daughter Imelda Friedel (from 1974) as well as his son Thomas Eyring (from 1977).

In 1985 Thomas Eyring took his master's examination as a wood sculptor and in 1995 he took over the wood carving of his father.

In order to present the products to customers throughout Germany, Holzschnitzerei Eyring took part in many exhibitions and trade fairs, for example in the Hessian region (Fulda, Wächtersbach, Kassel, Frankfurt) and in the Bavarian region (Schweinfurt, Würzburg, Nuremberg ) and in many other cities.

Soon the sales space was too small and the exhibition rooms were enlarged in 1997 with a renovation. Thus, he was able to expand the product range and offer customers an even wider selection of wood carvings, crib figures and grandfather clocks.

The painting of the wooden figures is done by his wife Brigitte and his sister Imelda with great attention to detail. In the year 2000, his daughter Melanie Eyring also decided to continue the family tradition and learned the profession of the wood sculptor in her father's company. 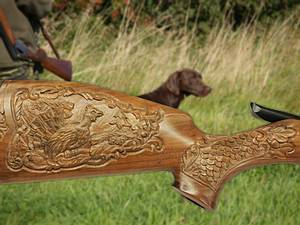 In 2006 the first dealer contacts were made to Australia and America. Since 2007, a new production branch has been added. The production of barrel organs according to historical models with bellows, wooden whistles and perforated belt control, which are completely made by Holzschnitzerei Eyring.

Thomas Eyring is a specialist manufacturer and custom carvings, lamps and Grandfather Clocks can be made to your specification. Please don’t hesitate to contact us at the Clockshop to discuss your requirements in detail.