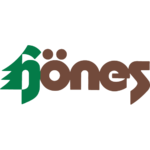 Looking for a cuckoo clock that offers attention to detail, lots of colour along with moving elements This stunning clock portrays a delightful scene in the Bavarian countryside, featuring a multi level chalet house with a timber facade and shingled roof that has been crafted with individual hand laid shingles. The roof also features two windows, and a bell tower that stands high above. Chalet style cuckoo clocks are the most famous and common type of cuckoo clock, and are often featured in the shape of alpine houses. They usually feature carvings that represent life in the mountain regions of Europe (mainly around Southern Germany, The Black Forest, Switzerland and Austria). Out the front of the chalet has a lot of detail, including a clock peddler to the left who is carrying clocks on his back who is off for the days work, whilst a lady in Black Forest attire waves him adieu. Next to the lady to the right is a clock maker who is busy working in his workshop, whilst his trusty dog guards the scene in front of his workshop. Additional features outside the chalet include a number of large carved trees, and a water wheel that help to set the scene perfectly.

This fascinating scene also includes a clock dial in the centre of the chalet, and a large amount of hand painted details including flowers in the windowsills. Directly above the clock dial are colourful dancers situated on a balcony, underneath the cuckoo bird. Rounding out this unique clock is a timber pendulum that hangs below the clock itself, alongside the weights.

The in-built cuckoo of this clock calls the time each hour and once at half past through a door that opens, with an automatic night shut-off function to allow you a sound sleep before recommencing again the next morning. There are two melodies that alternate with this clock after the cuckoo calls - Edelweiss and Happy Wanderer. This particular clock is an 8 day mechanism, and therefore needs to be wound once a week. Perhaps the most unique aspect of this clock is the automaton (moving elements) that it features real lights in the windows and in the clock makers workshop which turn on hourly; in addition to the clock peddler who moves his walking umbrella; the lady who waves out to the clock peddler, the water wheel which spins, and the dancers on the balcony who twirl when music plays on the hour.

This beautifully designed clock by HÖNES is a charming timepiece, suitable for those looking for a quality cuckoo clock using carving methods that have been practised for hundreds of years.


Standard Shipping - $0.00
Take advantage of our great shipping rates including FREE delivery for all orders over $400. Please note, while PO box deliveries are possible, we don't recommend this for large and/or fragile items. We use the most suitable carrier based on the item/s ordered and the delivery location. Express Shipping - Quoted (NOT FREE Read notes*) - $0.00
EXPRESS SHIPPING IS NOT FREE: Express Shipping is quoted once the order has been submitted. You can choose to pay for the product/s now and pay the shipping cost after the quote has been issued. Alternatively, please use the Shipping Quote payment option at checkout to defer any payment until the shipping quote has been received. Free pick-up in store - $0.00
Free pick-up from Clock Shop, 194 Main Street, Montville 4560. Mon - Sat 9:30am - 5:00pm, Sun 12:30pm - 5:00pm
Shipping Information


Take advantage of our great shipping rates that includes FREE delivery for all orders over $400*. (*excluding Grandfather Clocks - specialised carriers and insurance is required for all Grandfather Clock deliveries). Read More


All purchases from Clock Shop also come with our Happiness Guarantee policy - We will happily exchange or refund any product that you are not 100% happy with. To request an exchange or refund, simply contact us within 7 days from the date your item/s arrived. All of our products are quality checked before they are shipped out. If you receive a faulty item from us upon delivery, please contact us immediately at support@clockshop.com.au